Home » Phoenix Voices » Art for all

END_OF_DOCUMENT_TOKEN_TO_BE_REPLACED 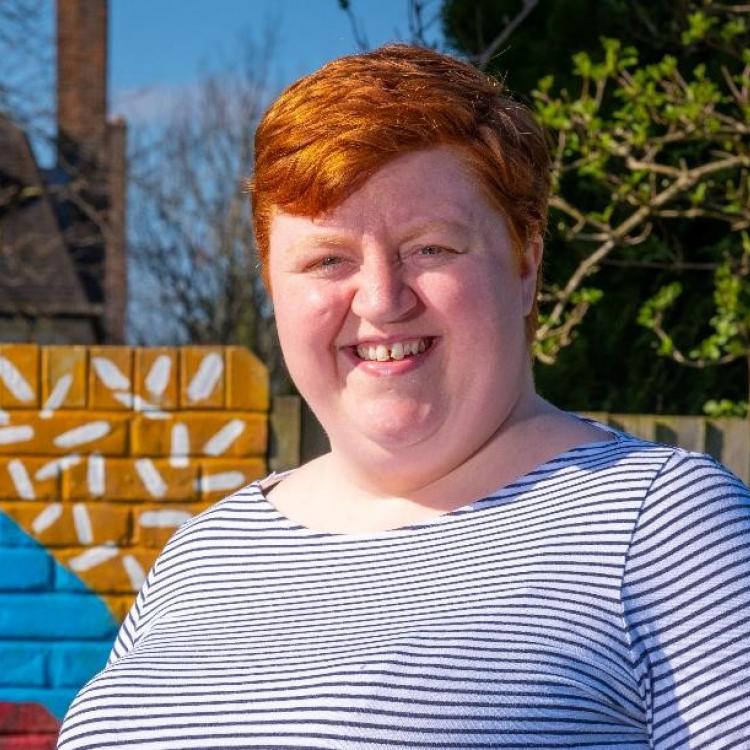 Phoenix resident Emma Thirkill Kirk lives in Downham with her husband and two children. Emma is a freelance illustrator and designer who recently took on a muralism project in her area as part of the Lewisham School of Muralism and with help from fellow Phoenix residents. Emma explains why and how the mural came about.

I joined the Lewisham School of Muralism which teaches Lewisham residents to bring art to the streets and has produced more than 17 murals in Lewisham over two decades. The final part of the project was to do a solo mural. I’d never done a mural by myself before, so this was a new adventure for me.

There’s a small piece of wall in my neighbourhood that I thought would be perfect for my mural. I couldn’t wait to get designing, but first I needed to get permission to paint it. I contacted Phoenix and explained what I wanted to do and they were more than happy to give me permission to paint the wall and brighten up the community.

I wanted to involve local children in the design process and thought Phoenix’s Summer Fun event would be the perfect opportunity. I knew that I wanted my mural to celebrate city wildlife and local nature, so I decided upon a fox as the main feature. I didn’t want to plan the design too much so I drew a blank silhouette of a fox and asked children to collage it. They used origami paper to collage, and I found that lots of people were drawn to try and create origami pieces, so I wanted to incorporate that too.  I also offered children the opportunity to weave flowers from scrap material, which also fed into the design.

Now for the tricky part. I spent a long time going over different designs, with lots of different versions of the fox. I wanted something that was lively and colourful but still reflected the Summer Fun activity. Once I realised that the fox should be origami, everything fell into place. I decided to keep all my shapes really simple to fit in with the origami feel.

Now all I had to do was paint it! I contacted a local forum who gave me some free masonry paint to use as the base, then I used acrylic on top. I took me three coats and 20 hours to paint the mural.

Once it was done and people started noticing it, I received some lovely feedback. People have commented on how it brightens up the area. Growing up in the city in lower income areas means people don’t always have access to art. I think it’s important that everyone has the opportunity not just to create but to enjoy art. The mural is open to people who might not have access to art. I hope it gives people the opportunity to be inspired and want to create art of their own.

Now I’ve dipped my toe in the water, I don’t want to stop! My next steps will hopefully be another community mural at the WG Grace Centre with Phoenix and local children this summer.  I’m grateful to Phoenix not only for giving me permission to paint the wall but for giving me a space to get the community involved at Summer Fun.

If you’ve got an idea to run your own community project, go for it! It’s so rewarding, not only for yourself but for those you affect/help/support.

If you’ve got an idea for a community project, but aren’t sure where to start, Our Pop-up Projects Programme can help! The programme can help you from start to finish, with setting up your project, applying for funding, promoting your project and more. To get involved, contact us today.